An SP24 Adventure – Putting it all together

By October 2013, we had built SPCOM to nearly 4000 members, and the LinkedIn group which I moderate contained around 29,000. We knew we had a good reach to tell people about SP24, but we had no accurate way of saying how many of these would attend. We began to mention the conference in a few posts in October and received favourable responses, so we knew we would generate some interest, but how much? We had to guess, albeit an educated one, but still a guess.

Registration opened on Christmas Eve 2013. We had opted for a ‘soft’ launch over the Christmas period just to make sure we the registration process was all working well. However, we were pleasantly surprised – I was automatically emailed when someone registered and my phone began to ping at a satisfying steady rate (I was soon told in no uncertain terms to silence my phone and concentrate on my family instead!).

As people began to register all through the start of 2014 we knew that the idea was taking off and we would need to go back to Fpweb again, “cap in hand” to ask for more servers. After a couple more meetings, we ended up with a platform that was really well scaled and had some impressive CPU and memory ‘Grunt’ behind it. Fpweb.net gave us 2 WFE’s, 1 SQL Server which works well for their larger customers.

If you are interested in the platform, please click the link below to see what we ended up with. 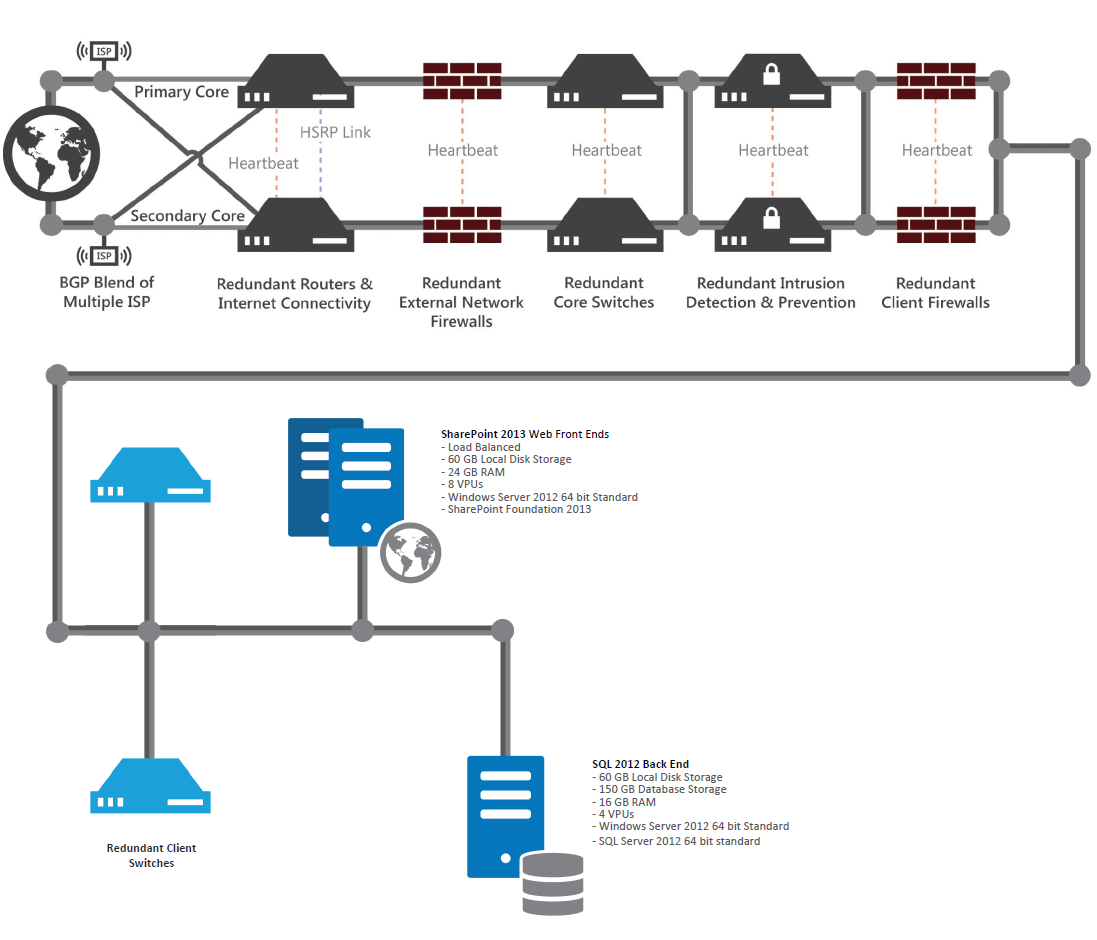 Software that we used to build the SP24 Conference Site

To create the conference platform we had a strict ‘beg not build’ policy. The theory being that if we could license some software in return for some promotion, then this would save us having to write even more code. To see a full list of all the software we used please read about the ‘3rd party Apps and services we used to build SP24’.

Sponsors to the rescue!

Our need for sponsors arose when we realised that there was not a hope in hell that we could manage the logistics of the conference remotely. We had team members located around the world and managing the live conference with us all on our own in different locations was going to be too difficult. A centralised location would make things easier, and also provide comfort in numbers. We decided to create a “war room” in Leeds, UK with a stable ultra-fast network connection. As we needed help to fund this, our “Vladministrator” (Vlad Catrinescu) put together a sponsor’s package and ran a ‘call for sponsors’. As we didn’t expect a great uptake (new conference, new format, crazy idea, etc.), we were once again blown away by the willingness for certain companies to “take a punt”. Metalogix, Riolinx, Rencore, Penthara, Collaboris, Fpweb.net, SPDockit, Axioworks and SharePoint-Videos.com, thank you so much and please give yourself a big pat on the back! You also made this happen and believed in us. Seriously, thank you! (Same again next time?)

You can’t have a conference without speakers – lots of them :)

As the organization evolved by the end of January – I wasn’t massively involved in Speaker management. I left all that to our Speaker chaperones Matthias and Paul. The “Call for speakers” was done by creating 2 List.ly lists – One for the ‘business track’, and one for the ‘technical track’. We were also able to embed and host them on SP24Conf.com which worked pretty nicely! As List.ly has all of the goodies you need (such as voting, sharing, photos and different views) it is very flexible.

List.ly was cool for the voting process, but we did find it tricky getting all of the selected speakers’ details into SharePoint for Speaker, Sessions, Sponsor, etc. To solve this problem, I used DocRead and DocSurvey.  To achieve this we added all of the Speakers into a SharePoint Group, called ‘Speakers’ and then assigned the ‘Speakers Guide’ to them (which also contained some information that we needed the Speaker to agree to). We then created a SharePoint Survey with DocSurvey that asked the Speaker about their session experience and other information that we needed for the conference! The last part was to configure the survey against the ‘Speakers Guide’ and also require that the speakers completed it, for which we used DocRead. Once this was checked in and published, all that Matt and Paul had to do was add the speakers to the group and then view the responses as they came in. On the whole this worked well – and it was a great ‘dogfooding’ exercise for me as we have now improved both products as a result of it!

On the whole, I think the Speakers enjoyed being slapped about by DocRead: 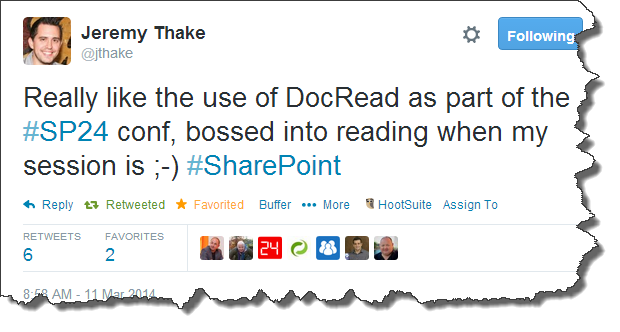 The Anchors were amazing!

We managed to bribe 8 Anchors to introduce the live sessions in the original SP24 event and they all did a fantastic job. They were terrific, really natural and at ease, they asked great questions and made the Speakers feel at ease despite some of them not having either used the technology before or having performed this type of role before. We can’t thank them enough! This format is something we would like to use again for SP24 2015! 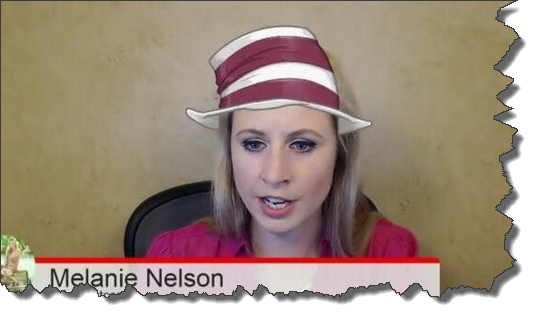 Special thanks to all these Anchors who were a massive help:

Just before those long 24 hours!!

The build-up to the big day was frantic; By early April I was having daily panic attacks about whether the platform would scale and work in most browsers. We had done some performance testing and functional testing, but nowhere near enough (is there ever enough time!). I was still writing code the day before the conference and fixing the bugs in the war-room literally just before the conference started. It was pressure like I hadn’t felt in a long time… if ever. To know that half of the SharePoint world was going to descend on something you had built in a matter of a few weeks was something else! 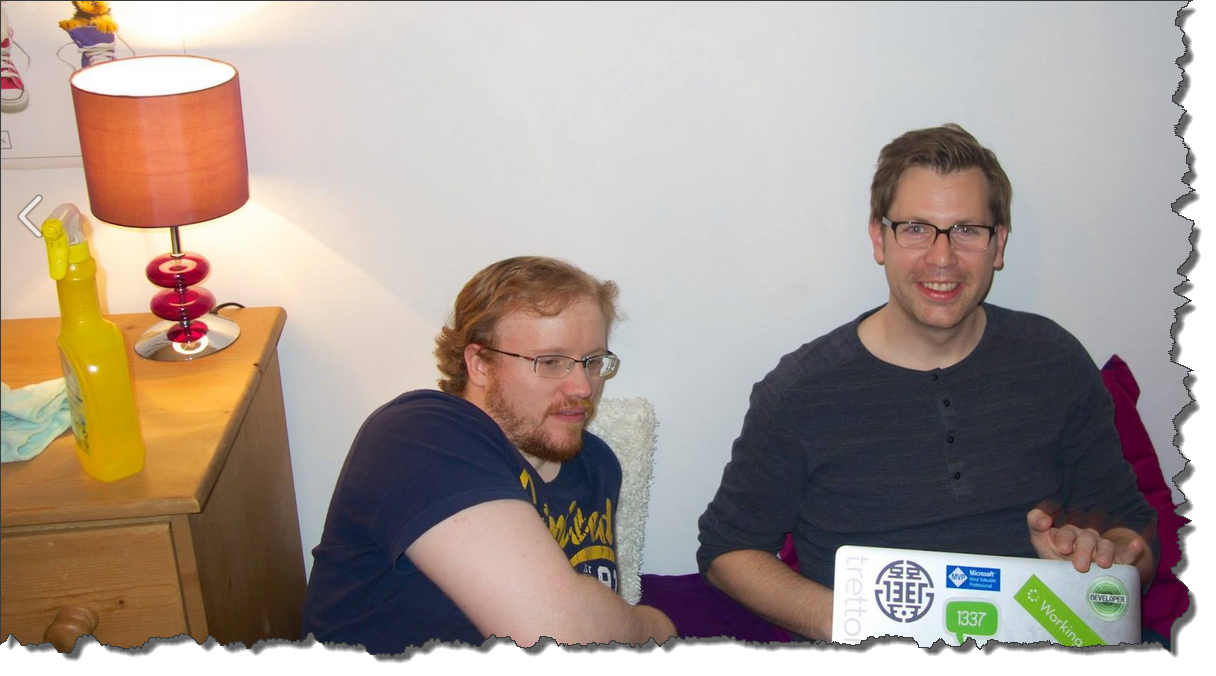 We packed our children off to stay with Granny and Grandad for a few days and welcomed Hugh Wood (from Scotland) and Matthias Einig (from Sweden) in their place (notice the cleaning product and cloth on the cabinet!) As I was still fixing code, I sent Helen to pick up Matthias from Manchester airport – who literally had to find a man she had never met before who we all agreed looked nothing like his photo! She later joked that if she hadn’t found him she was going to bring home the cutest guy she could find instead.

Collab365 Conference – Everything you need to know!