An SP24 Adventure – After its all done

During the last session, I distinctly remember how desperate I was for it to end. Missing a whole night’s sleep and enduring so many emotions throughout the conference was really exhausting. When the last sessions were complete, we had to clear out the war room, which was like walking in mud. Once that challenge was complete, we headed over to the hotel, checked in and managed to talk the porter into giving us a well earned drink. We all sat down, reflected, pondered and collectively said ‘Never again’! (Until the following morning;) 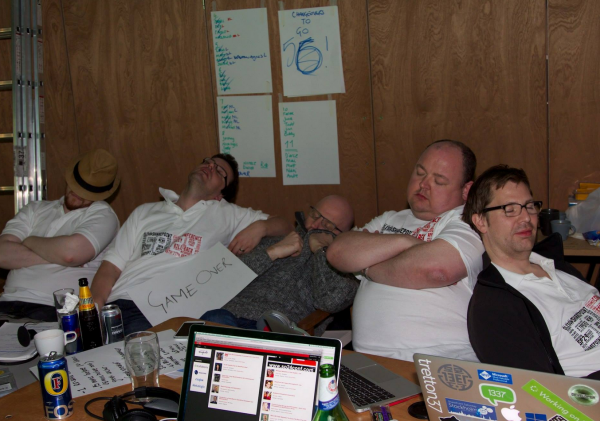 The conference in numbers

Up until about 90 minutes after it was all over, we were all in total agreement; Never again – stupid idea. However…. after a nice glass of wine and reading some of the reaction on Twitter, we slowly came around to the “hell yeah, that was fun!” idea. Next time though, we’d need to do it differently – we’ve learnt a lesson. It has to fund itself. Doing something like SP24 as a purely voluntary effort is way too much to take on and still have a life. I guess we didn’t make it easy on ourselves; somehow we went from 24 sessions to over 100 scheduled (with 2 live tracks). We probably could have done it without SharePoint and just hit YouTube. We didn’t have to put Chat, Twitter feeds, Resources, Session Rooms, Planners and so on. But hey, we’re geeks, and geeks like to play with tech!

Collab365 Conference – Everything you need to know!

Creating a SharePoint Document Library Dashboard
How do you know if your new employees have read and understood key documents?
Create a Reporting Hierarchy in Power BI
Advanced DocRead reporting with Power BI
Downloadable background templates for your Power BI reports